Poor governance slows down growth in Counties two years on 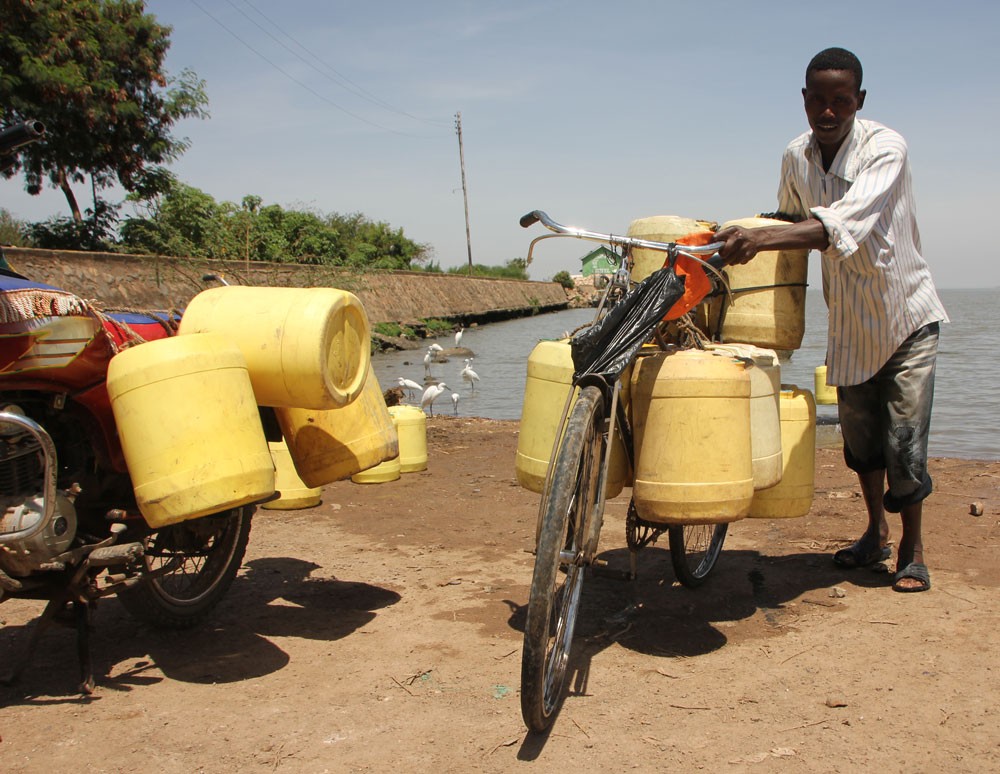 A man drawing water from Lake Victoria for domestic use. Challenge of access to clean water remains at the grassroots in Kenya despite two years of devolution.

Aspersions have been cast over the performance of most county governments in the last two years of their reign.


Questions from the civil society have emerged regarding the proportions within which development transformations have been realised.

The greater part of the conversation is challenges facing most public hospitals that have been inherited by the counties.

A perfect example came in the wake of 37 children dying from malaria related complications in Kakamega County in May and following closely were cases of two mothers dying due to suspected acts of negligence on the side of the medics.

The county authorities, led by Governor Wycliffe Oparanya, say they have been forced to review the incidents and advise on a way forward. But there is a wide belief from the concerned parties in the health sector that more work needs to be done.

The governor assured residents that more staff would be hired to boost service delivery as well as mosquito nets distributed.

“We are dealing with the menace. There are various measures in regards to access to health which is a basic right in the Constitution,” he said.

But the civil society questions the seriousness of county governments in dealing with challenges of good health, education, better standards of living as well as improved food security.

They say most counties are yet to click the right buttons in as far as providing the basic services that were devolved upon the promulgation of the new Constitution in 2010.

They said there was still a lot to be done to salvage them from collapsing under the weight of tribalism, corruption, poverty and underdevelopment.

They said both national and county governments were engaged in lip service than what translates to growth and development of citizens.

Mr Chris Owalla, the director CIAG-K, said Kenyans were poorer now than during the post-independence era.

He said the high cost of living, insecurity; unemployment and inadequate supply of clean water were just but a few of the issues that these governments have failed to address.

Mr Owalla said there is equally high level of corruption more so with the advent of devolution.

The activists further argued that the lack of transformation in the industrial economies had worsened conditions for living in Kenya.

“We have more tarmac road lengths than at the time of independence but this has been reduced to an avenue for boda boda business which has no returns to the citizens,” said Mr Owalla.

Kicirevo chairperson Audi Ogada said Kenya would have been better off if only governors and people surrounding them took advantage of the devolved resources to transform lives.

“We will not move forward since nepotism and sheer cronyism has locked the potential of counties from being the next frontier for regional development,” he said.

Mr Ogada said Kenyans risk losing more if the endemic corruption as well as a lack of focus by most counties, especially in the resource rich western Kenya is not addressed appropriately.

“We have nearly nothing to show for the governors’ two years in office other than wars over jobs, tenders, bigger offices and cars. Where do Kenyans think we will be in the next 20 years if this is not sorted?” Mr Ogada asked.

Ms Betty Okero, the coordinator at Civil Society Organization network, said the citizens need to be more liberated in the choice of leaders to govern them.

She said devolution was one of the achievements of Kenya that risk being abused owing to bad leadership.

“We need to have a people who can separate the political agenda and that of development. We cannot, for instance, continue having challenges of waste management, flooding, cholera and malaria outbreaks at this age,” said Ms Okero.

On his part, Mr Killen Omondi, an activist from Kisumu, said that counties were now busy discussing budgets when those of 2013/14 and 2014/15 have not been implemented as expected.

“Where are we heading with these budgets not being implemented fully? What is the need of talking about new budgets when there is not much to show for the ones that had been passed?” said Mr Omondi.

The activists called for change in tack among leaders as well as the processes of identifying these people expected to guard the rights of Kenyans.