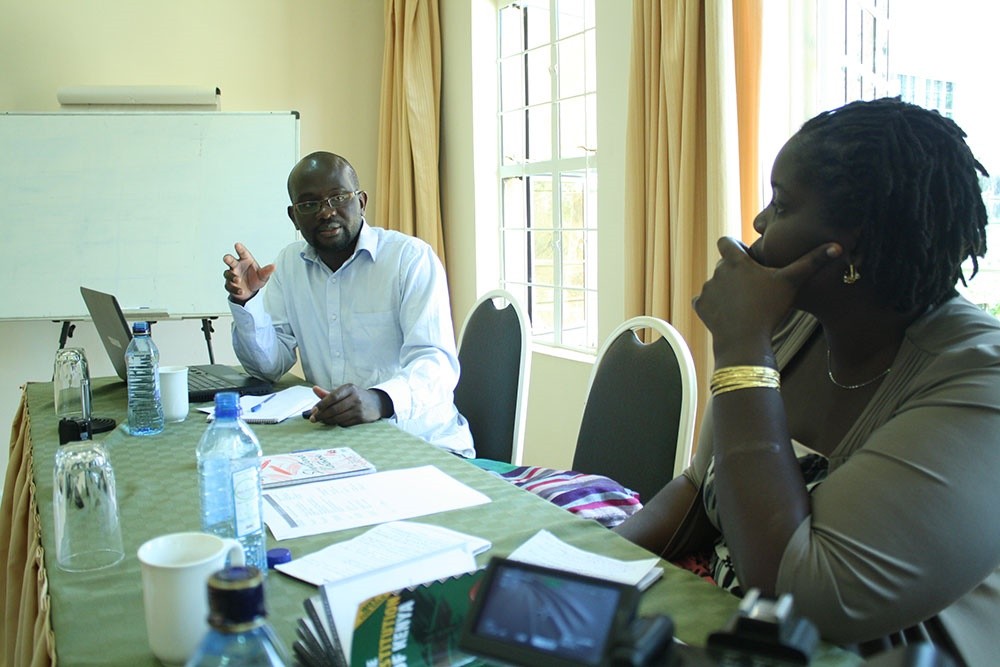 “Women operate in hostile conditions. I am one woman who can stand up against this, can dare to fight for my rights as an equal citizen, but how many can? It’s not safe,”. This is a key concern to Ms Janet Winnie Otieno, the chairperson Maendeleo ya Wanawake, Kisumu County branch.


She was speaking at a forum on improving the understanding on issues of gender and media in the context of the new Constitution organised by Development Through Media (DTM). During her presentation in Nairobi-Kenya, Ms Otieno, a gender activist was very passionate about issues affecting women.

The promulgation of the new Kenyan Constitution in 2010 marked an achievement and sought to set a foundation for equity among all Kenyans, especially the marginalised groups. However, this goal is yet to be realised as women succumb to effects of retrogressive socialisation leading to mutilation of the same Constitution.

The supreme law is still in its infancy stage with hardly five years past yet it stares at numerous amendments said to be important to its implementation.
Gender issues and civil society

Ms Otieno spoke about the need to push the education agenda on constitutional matters.
“A large portion of women are unaware of the opportunities the Constitution presents to them,” she said. Talking to journalists in the forum, the gender activist criticised the inability of media to accurately inform and create a platform for women to share information on their rights.
“Unbalanced coverage by the media and its inaccessibility, are grave concerns towards the realisation of gender equity and women empowerment,” she insists.

“We have issues that are more important than the soap operas airing on national television channels for hours every day, yet no one is talking about this. Why can’t the media just set time to inform and educate the masses on gender issues and other constitutional matters?”

Gender matters have not been given prominence in media programming, a factor that Ms Otieno says could mean that journalists have poor grasp of gender issues or are inclined towards sensational news, which according to her, do not do much to shape the society.

The gender activist, a mother of two, vied for the Kisumu County women representative position in the 2013 general election through the TNA party ticket.
Hers was a double battle – taking a decision against the popular party in the area – ODM party – and being a woman.

She narrates how she turned nomadic living in five homesteads during her political campaigns, afraid for her security. She had encountered numerous threats to her life including rape and assault. “Some men even insulted me for my choice of political party, accusing me for going to bed with the enemy quite literally,” she said.

Ms Otieno laughs heartily when she explains how her husband persuaded her not to vie for a political seat, and that on seeing her zeal to take up her decision he decided to flee their home until after the elections. This, she points out, explains the heights to which the society has been patronised to believing that a woman is not able to make her own decisions let alone follow the decisions through.
The Kisumu County Maendeleo ya Wanawake chairperson decries the abuses women face in their quest to push for the realization of gender equity. “The inability by the legislature to implement the two thirds gender rule, popularly known as the Chepkonga Bill by August 27, 2015 reaffirms my fears.”
Ms Otienoasserts that the constitution is supreme and such should be the respect accorded to the laws.

Research findings on gender issues
The poor understanding of gender issues as stipulated in the Constitution plays a huge role in its lacuna. While sharing his findings during the forum on issues of gender and media in the context of the Constitution, Mr Fred Ochoti, a media and communications research consultant, elicited discussions on the effects of the patriarchal nature of the society that have led towards gender disparity.

Mr Ochoti said: “I cannot fathom how women in urban areas likewise those living in rural areas suffer similar gender issues despite the difference in levels of exposure, education and background.”
Among the similarities, he notes the inability of women to participate in decision making as well as stigmatisation of women aspiring for leadership positions.

“This to a larger percentage is perpetuated by how the society has been socialised, where the man has the final or the only say and the woman can be excluded where it fits.”

The researcher finds that women operate in hostile conditions because of culture and male dominance.
“Culture has denied women an opportunity to take part in socio-economic developments, due to the fact that women are not allowed to own property, make decisions at the household level and in the political arena. Those who have attempted to climb this ladder are faced with negative perception and threatened marriages, as they are seen as being rebellious, immoral and unsettled.”

It is this disposition that Mr Ochoti says deters gender activists and other women empowerment organisation to work effectively.
&nbp

“Despite their will to bring positive change and realisation of women rights and equity, women in these organisations find themselves defending their own legitimacy due to negative perceptions from men and women who view them as home wreckers and unsupportive of family values,” he concludes.