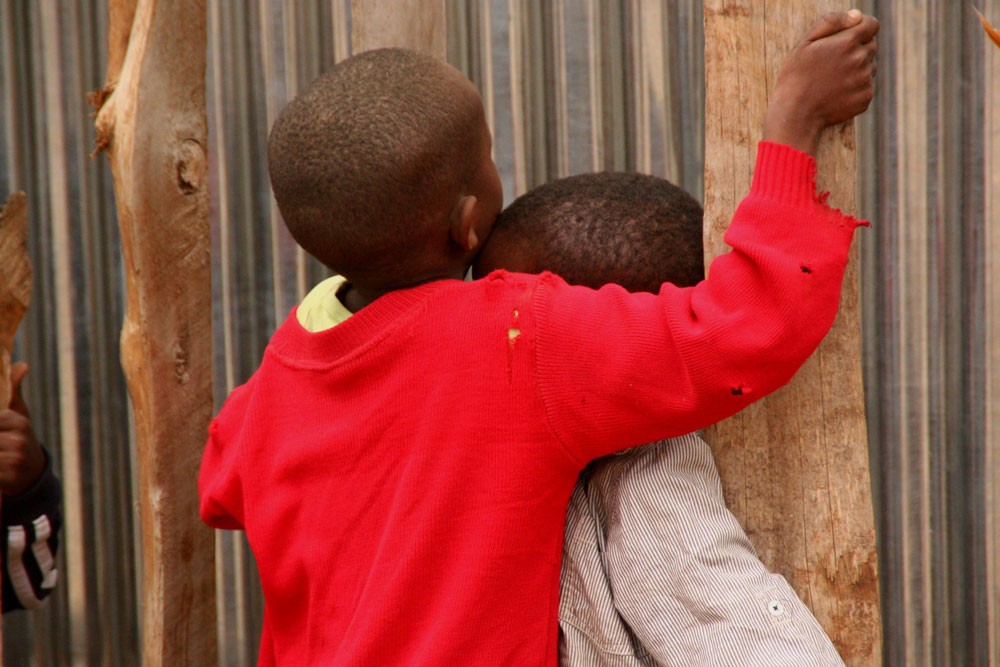 Children at an IDP camp in Nakururu. Girls were the most affected by the post-election violence. Photo

Girls who found themselves in the midst of the 2007/2008 post-election violence (PEV) are affected more than their male counterparts, according to recent research findings.


In a study conducted in Nakuru County’s Molo, Kuresoi and Njoro districts Lydia Muchai found out that although the violence affected both girls and boys it had far reaching impact on the latter.

The study involved 187 boys and 173 girls and was conducted in June 2013. All the participants were Form Four candidates, implying that when the violence struck they were, on average, aged between four and six.

More than 1,000 persons were killed and another 650,000 displaced during the violence that was associated to the disputed Presidential results of the 2007 General Election. Ms Muchai found in the research that the worst affected were students whose parents died in the mayhem.

“This had negative psychological impact on the students who encountered such experiences,” she notes.

Ms Muchai reported that the violence “led to increased emotional concerns such as anxiety, low self-esteem and lowered academic performance among the secondary school students.”

“PEV increased emotional problems such as feeling of hopelessness, wanting to protect self, depression, seeking refuge and feeling unloved,” she reports.

Apart from determining the influence of PEV level on emotional wellbeing of the students and its gender impact, the researcher also sought to determine the influence PEV level had on academic performance and whether there were also gender differences on the same on the students.

On these two, she found that while the violence led to lowered academic performance among the students there was no gender difference on its impact.

“The male and female students performed equally the same even after the PEV. This could be due to employment of the same coping strategies and encountering the same experience,” she says.

While children never take part in civil conflicts, the effects end up affecting them for decades. This is partly because they are usually not hardened enough to conceptualise conflicts. Again every negative impact caused by civil conflicts on their parents has a way of trickling down to them.

In 2003, Human Rights Watch reiterated this when it reported on the impact of the 1994 Rwanda genocide on children saying that such wounds last forever.

“So deep was the trauma associated with Rwanda that some children refused to go home even when humanitarian agencies had located their families and could promise a reunion,” it says in the report titled Lasting Wounds: Consequences of Genocide and War for Rwanda’s Children.

In a way Ms Muchai had sought to find out how lasting the wounds inflicted in Nakuru children by the PEV were. She asked them, “to what extend were you exposed to life threatening situations during PEV?” and “how did PEV affect your memory?” among other questions.

She recommends that there be concerted efforts in mitigating such emotional effects in students through continued counselling but more so recommends the government to take stern measures to end all forms of violence that have a direct impact on children.

“The government should provide sufficient security to mitigate against the occurrence of violence in future,” she reports.

It will be noted that only one person has been charged in the country for offences associated with the PEV. Peter Ruto was sentenced to death in February, 2015, for killing his elderly neighbour. A Nakuru court ruled that it was satisfied with witness testimonies given against Ruto indicating that he had taken part in killing the neighbour who he had lived with for many years.

Two more cases that of Deputy President William Ruto and journalist Joshua Sang, are ongoing at the International Criminal Court (ICC) at The Hague in The Netherlands.