Campaign against FGM in Elgeyo-Marakwet continues despite outdated beliefs 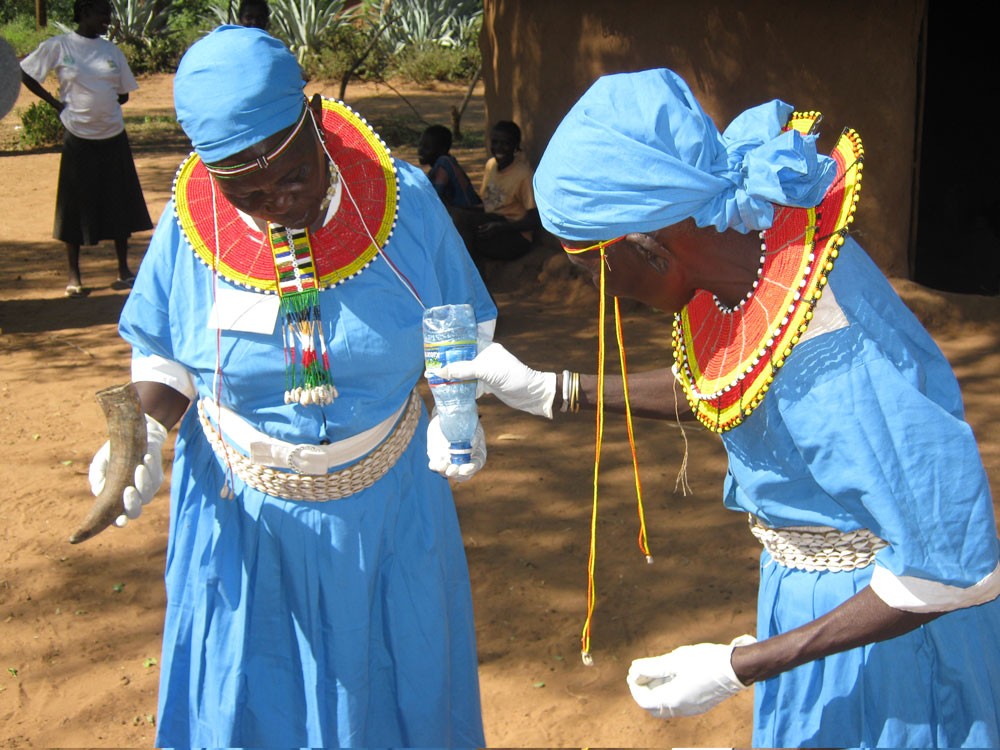 Traditional female circumsisors getting ready to perform the ritual of genital mutilation. Elgeyo-Marakwet elders claim to have seen a ‘star’ indicating a move of the season for FGM from August to December.

The people of Elgeyo-Marakwet County peg their perceptions of female genital mutilation (FGM) on myths. This poses a potential setback for the campaign against the practice in the region.


The community normally uses stars to predict circumcision seasons. According to locals, elders in last July sighted a specific star which they claim predicted that December was the ideal time for conducting the outlawed exercise.

The sighting of the star in the community puts at risk women and girls who have not undergone the cut at the time.

Kenya’s Anti-FGM Board Chairperson Linah Jebii Kilimo expressed anger at the interpretation of the occurrence, insisting that those behind it should be prosecuted.

She said laws are currently in place that protect the rights of women against oppression and cautioned those who are still practising FGM. The chairperson observed that the fight against the outdated practice is global and supported by numerous laws.

“The Constitution protects women against oppression that includes those forced to undergo the cut, as does the Protocol of the African Charter on Human and People’s Rights adopted in Maputo in 2003, which advocates an end to FGM. Women ought to be informed about their rights,” she said.

Ms Kilimo spoke in Tot in Elgeyo-Marakwet while addressing community opinion leaders during a campaign against FGM.

The visit was prompted by the information on the sighting of a star and that people are currently gearing up for the cut.

“Our mission is to disapprove their claims because their acts have continued to snatch dignity and human rights from women, yet they deserve respect,” she said.

She said many communities are still using cultural beliefs to promote the retrogressive practice despite numerous campaigns, a move that has dampened efforts to curb FGM.

“We want the county to borrow a leaf from Samburu and the Maasai on how they have been able to contain the harmful cultural practice and we believe that the locals will learn a lot,” she added.

Ms Kilimo stressed the need for parents to protect their children from being lured into the practice by giving them guidance besides ensuring that they value education.

“Gone are the days when fathers would allow their children to be circumcised so that they could hold big celebrations and marry them off. We are championing for girls to access education so that they can be successful in future,” she said.

County Gender Executive Mrs.Serem maintained that they would work with the national government administration to ensure the practice is eradicated from the region.
The citing of the ‘star’ comes in the wake of a damning report stating that married women who escaped FGM are being threatened to undergo the cut.

The report also revealed change of season for practising FGM from December to August to avoid media spotlight and scrutiny from government agencies.
“Those who evaded the cut are now being forced to undergo the cultural practice or their husbands be denied land inheritance,” said the Women Rights Institute for Peace (WRIP) Executive Director Mariam Suleiman.

This was after WRIP undertook project activities geared towards preventing attempts to subject girls to the cut in November and December in Baringo County.

Ms Suleiman said husbands force their wives to undergo the cut to avoid missing out on family inheritance.

Some chiefs and their assistants in the region were accused of shielding FGM perpetrators from prosecution.

“In Pokot the community in collusion with the some government officials has changed the circumcision period from December to August to avoid the public, government and media focus that comes at the end of the year,” she added.

Ms Suleiman said that those who escaped the practice midyear are forced by their relatives to undergo the cut in December.

She added that a lack of awareness of constitutional rights had made some girls not to seek legal redress against perpetrators of FGM for fear of reprisals from their parents.